Blockchain is the name that most people have heard, but Distributed Ledger Technology (DLT) is what the general class of the technology is named. DLT combines a number of areas in applied mathematics, such as cryptography and consensus mechanisms, to ensure data can be reliably distributed between multiple parties. While elements of the technology have existed for decades, the first practical application of blockchain was in 2008 (Bitcoin), and since then the industry and the technology has significantly matured.

The simplest distributed ledger system is one that is only shared between two parties, while the largest public blockchains globally such as Ethereum have more than 20,000 nodes operating the consensus software.

What is Blockchain and DLT?

A blockchain is a database that is shared (distributed) between multiple parties. Database “writes” are only performed with agreement from the owners of the information.

Blockchain takes its name from the way new updates are made to the underlying ledger. An update to a database is typically called a “transaction”. In a blockchain, transactions are broadcast to all nodes, and groups of transactions are brought together into a block. The blockchain software that is running on each party (validator) in the network uses a consensus algorithm to commit these blocks, one at a time, forming a chain.

The software they collectively run remains connected to the network and keeps the data synchronised between all parties, even if some nodes go offline or return bad results.

Each block contains a number of transactions, and is cryptographically linked to the previous block. Because each block relies on the previous to be updated, a blockchain is “immutable”, meaning that the history cannot be changed (note that this does not preclude updates to the information contained on the ledger via a new transaction).

Figure: Sequencing of events to form a chain of blocks

Any transaction that is sent to the blockchain network targets a pre-defined function, similar to calling an API, so the blockchain system knows how to update the underlying database. The allowed functionality for transactions to update the ledger is known as a smart contract. These are the programs that define the rules of how the data can be modified, and what authorisations are required.

Similarly, smart contracts themselves can also be updated by sending a transaction to the blockchain network, proposing a change of the rules (existing smart contracts), with agreement being achieved and immutably recorded via consensus of the participants in the same fashion.

What is the difference between blockchain and DLT?

Key Takeaway: DLT = distributed ledger technology. A blockchain is DLT, but DLT is not necessarily a blockchain.

Blockchains are typified by larger groups of nodes that are all fully connected to one another. This may be in a public network with thousands of nodes, or on a private, consortium network with perhaps only a dozen nodes that all share the same application logic and data.

What is DLT? DLT often implies that not all nodes are directly connected to one another, but rather the DLT network makes selective connections based on the prevailing business relationships. Often, DLT implies that the parties are known, and operates under the principle of “trust but verify” given the transparency into counterparty actions. Also, a higher-performance consensus mechanism can be selected given the assumptions of reduced environment hostility, and the purpose of the deployment being more for protecting against error in data handoff.

DLT can also be used when a more flexible privacy scheme is required. This is easily illustrated if you consider a supply chain use case: one company may not wish to reveal to everyone on the network who they deal with, and so the DLT will ultimately appear as a linked set of pairwise relationships along the value chain. DLT is most often the terminology used in enterprise applications.

How does blockchain work? Another way to explain blockchain is to view it as a database containing the truth - according to the parties involved - because it records the full history of database updates with the digital signatures of the authorising parties. This gives a distributed ledger the property of “non-repudiation,” meaning that no-one can go back on their word (or their signed update to the ledger).

Check out our blockchain infographic which gives an overview of blockchain basics, explains what DLT and blockchain are and how blockchain works: 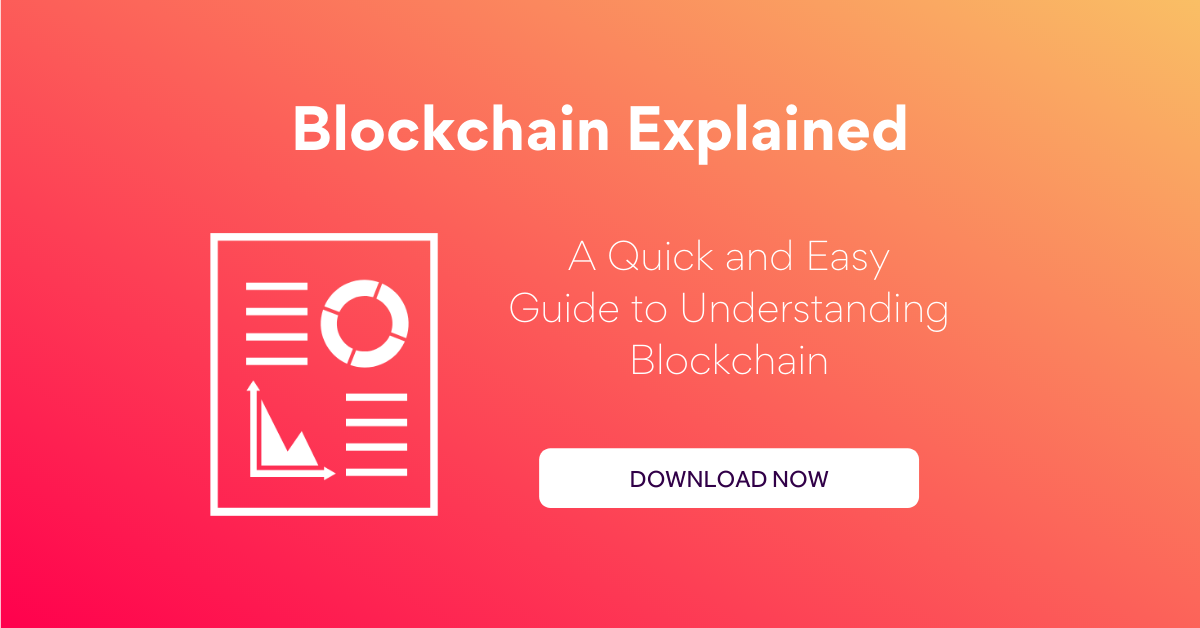 Samuel G Brooks is Block8's Chief Technology Officer. He is an expert in developing decentralised software products and has designed numerous solutions for startups, enterprise, government and OpenTech since 2014.

Samuel regularly speaks at technology conferences, meetups and podcasts, and holds several advisory positions on technical industry boards and committees. He is a also a heavy contributor to blockchain and fintech-related public inquiry and writes about the nature and benefits of distributed ledger technology on our blog.

Samuel holds a degree in Electrical Engineering from UNSW, and has stayed close to both the code and the latest research ever since encountering Bitcoin in 2011.

Get the latest news on our products or learn what's happening in our guilds.